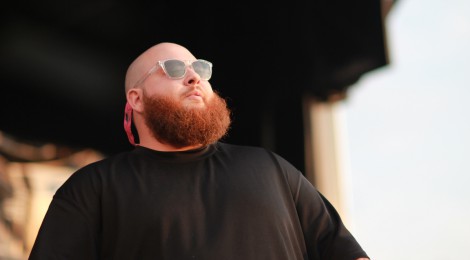 Action Bronson is the name of the bearded, slighly overweighted Rapper from New York with albanian roots. The 25 year-old Queens MC, who worked as a chef before he started rapping, released his first studio-album ” Dr. Lecter ” in March of 2011.

“Bronsolino” does hard but humoristic “In-your-face-rap” and brings the old-school back to the big apple, where people seem to have missed it. He raps with a powerful and steady flow about bitches, blunts and cash, and prooves character and irony sticking with those. His love for food is also frequently noticeable in his lines. The whole thing is completed by some dirty drums and fancy soul-samples. He also seems to be the first MC to have his own cooking-show on Youtube, called “Action in the Kitchen” . A Rapper with skill and great style, who restarted to focus on the basics of rapping. Bon Appetit!

Check it out here: