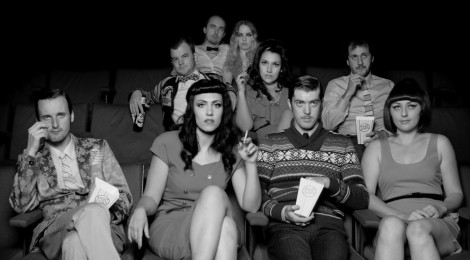 A back-to-the-60s-feeling comes up when listening to the first song of the album Baby Caught The Bus by Clairy Browne & The Bangin’ Rackettes. The nine man (and women) group from Australia with banddiva Clairy Browne bring back the sound of a long gone time to the present.

The album Baby Caught The Bus had already been released november 2011, after their first selftitled EP in January 2011 had been well received. On the first of january this year the group also released a feature with the band Saskwatch.

When it comes to the genre you can’t easily categorize Clairy Browne & The Bangin‘ Rackettes: Soul, jazz, R’n’B, blues, doo wop and ska, there’s everything in their album. It’s not without reason that it’s been elected album of the year on abc radio national.

So far the band’s only been touring in Australia, but they’re going to start touring in Europe soon. Coming from the same country as bands like The Cat Empire Clairy Browne & The Bangin‘ Rackettes have something to live up to, and they most certainly do.