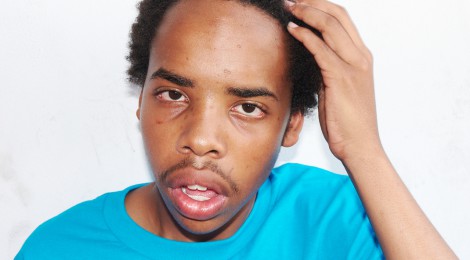 Earl Sweatshirt is only 18 years old; maybe looks a little fucked up, and already released his first album in 2010: “Earl”. He was discovered and produced by the craziest rapper, Tyler the Creator. He’s also a Los Angeles Kid and a new member of Tyler’s Hip-Hop collective “Odd future”. His rap-parts are very demanded right now, he already made features with Action Bronson, Frank Ocean and The Alchemist. A second album is planned for 2013.

With a wicked flow and his lazy style he expresses his deep emotions very well. In his lyrics, he releases his frustration and guides you into new dimensions full of energy, aggression and disgust. Much like we know it from Tyler the Creator. But he uses other styles as well.

In 2012 Earl Sweatshirt released the song “Chum” combined with an awesome video. Rare Drums connected with a simple piano in addition with emotional but relaxed lyrics, that tell about when his father left him. Beat and Rap fusing together perfectly. The Visuals are both, conviniet and artistic. The Video was shot by Hiro Murai, the camera technique is excellent and it has some very creative ideas. Some say it’s the music-video of the year.