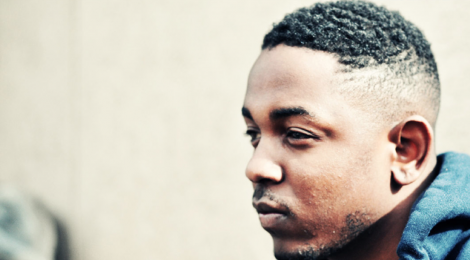 Kendrick Lamar, the Rapper/Producer from Los Angeles, created a big hype in the Hip-Hop community during the last weeks.  Good Kid, m.a.a.d City is the name of his first album, which dropped in november 2012. Critics all over the world praise him to be the greatest talent of the westcoast after Dr. Dre and Snopp Dogg. Some say his very personal album is already a classic and comparable to Nas’ – Illmatic.

One thing is for sure, Kendrick Lamar is a very creative producer. His beats are one of a kind and very manifold. You can find any kind of style, from chilly mood to smooth soul-singing to 808 drums, that you just need to turn up in your car. He really knows what he does when he’s working in the studio. Also big producers like Pharell Williams and Hitboy worked on this album. Dr. Dre himself has two apperances at the end of the album as producer and rapper.

As a rapper, he’s already nominated as “lyrisist of the year”. His rapping style is very varied! Some komplex rhyme patterns, “out of tune voices” and smooth flowing story telling. The album is structured like a movie, in which he tells intimate details about his youth in Compton. Between the songs there are short phone calls from his mother or conversations with his homies. He tells about the good and bad sides of growing up in Compton. About meeting a girl from a dangerous area-code. About streets filled up with gangs. About his mum, who tries her best to survive and feed her family. About hanging out with the homies, smoking, drinking and rubbing houses. Until his brother gets shot and he’s pushed back to reality. About the wrong people that come with the fame.

No matter what he’s talking about, it’s 100% believable! You feel that those storys and emotions must be real, and get the feeling to share those with him. This kind of expression and story-telling is what makes Kendrick Lamar so special. It also seems that he’s talking right out of the heart of many L.A. kids. Just like Nas’ Illmatic did back in the 90ties in NYC.

The album is worth a listen for every Hip-Hop fan. Even those who don’t connect with the Lil – Wayne feat. Drake – kind of rap. If it will become one of the most influencial and greatest albums in history is not answered yet. A very special album in times where Hip-Hop in the US seems to become uncreative and boring.