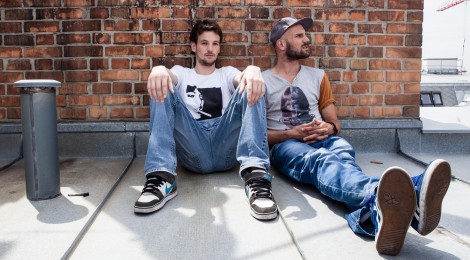 Since the two austrians Tobias Rieser and Adrian Held aka Klangkarussell already reached over 12 million views on youtube with their single “Sonnentanz” which had been released in february 2012, we thought it more than necessary to present them to you here on Unknown Tone.

The song reflects the versatility of Klangkarussells compositions. Their style can’t easily be put into words, definetly danceable and spreading a positive vibe would probably hit close to home. In the past year, the two released a whole lot of soundmaterial. Just listen to songs like “Sternenkinder”, “Eistee aus der Dose” or “Hitparade”.

But now for you the song that got Klangkarussell the fame they deserved especially in Austria and Germany but also the rest of the world: Sonnentanz.