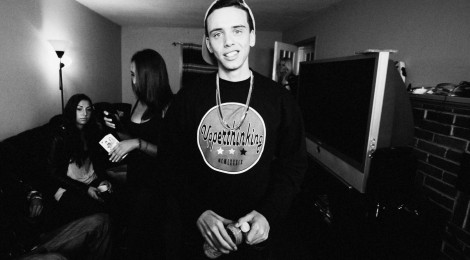 He may not be the new Frank Sinatra, but the rapmusic that 22-year old Logic is making, is defently something special. Despite his young age, the MC already released 3 mixtapes. The one from 2011, called “Young Sinatra” was the one we liked most. It seems like the young rapper from maryland is really doing nothing else than kicking it on the mic.

He has a special voice, and a very well trained flow, which bonds the listiner to the songs. Looking at the lyrics, you can really feel some kind of “hunger” from the young MC. On his tapes he often uses famous beats and samples and refreshes them with his own style. It seems that after 3 mixtapes, he is ready to work on his first album, which every rap fan should be curios about. His fanbase is steady growing and he already released some matching Youtube-Videos, too. Nice Flow, good Rapsound – “Logic” !

By the way, you can download every mixtape for free…